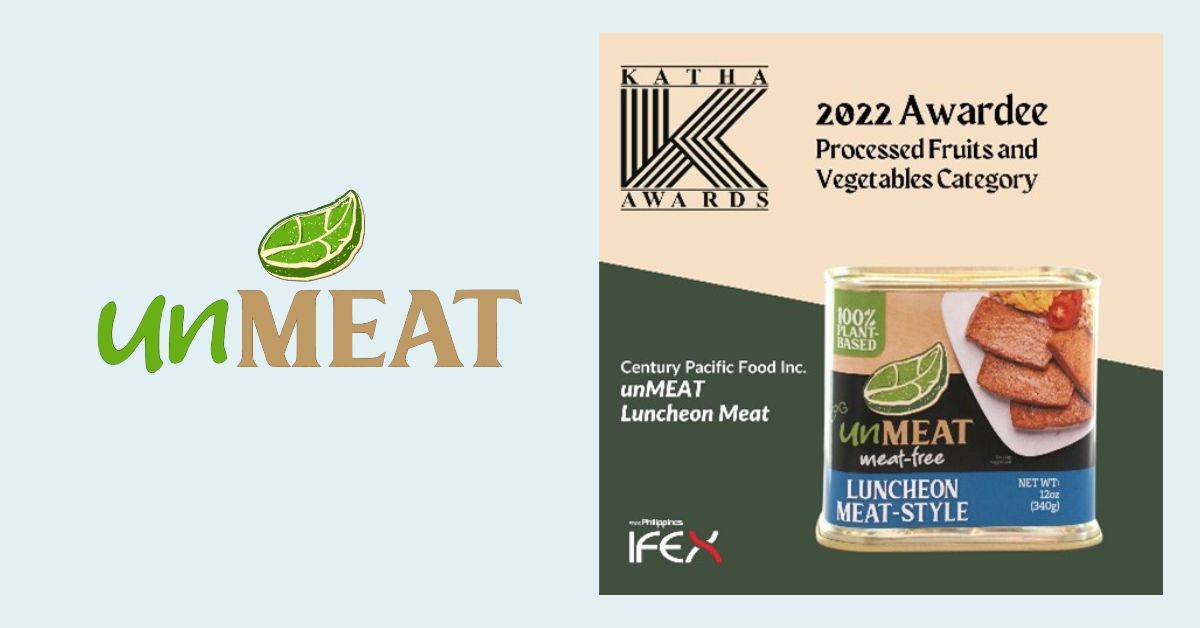 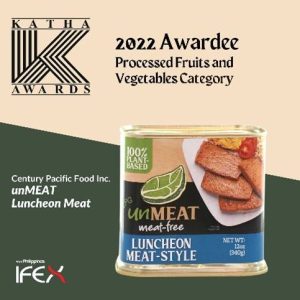 The Katha Awards competition is open to all Philippine-based food manufacturers and suppliers participating in IFEX, the country’s leading export-oriented food show. Since its inception in 1990, the award has been celebrating Philippine ingenuity and excellence in innovation.

Among the panel of judges are industry experts assembled by the DTI and Senator Imee Marcos to recognize outstanding products in the food industry.

UnMeat is the latest brand of leading food manufacturer, Century Pacific Food, Inc (PSE:CNPF). It is a range of frozen and canned 100% plant-based food products such as burgers, nuggets, sausages, canned luncheon meat and even canned tuna. The brand has been rolled out in the Philippines and in key export markets including the USA, Singapore, UAE, Australia and China. The brand has gained the attention of key retailers in the core markets because of its expansive range of both frozen and shelf stable formats, especially with consumers constantly seeking healthier options such as the cholesterol-free luncheon meat style of UnMeat.

“So far, our top sellers are the UnMeat plant-based Luncheon Meat in shelf stable cans and UnMeat plant-based Frozen Nuggets. But we are seeing a lot of interest in our plant-based canned tuna as well”, said Greg Banzon, Chief Operating Officer of CNPF. “UnMeat is already present in over 1,500 supermarkets in the USA, Singapore and the UAE and has become a crowd favorite at the recent international food shows where the brand has been showcased”, added Banzon.

In a recent survey conducted in the United States by a third party market research firm, seven out of ten respondents claimed that UnMeat Fish-free Tuna is significantly superior to other plant-based tuna brands in terms of taste and texture. They also found that UnMeat most closely resembles tuna in terms of appearance and texture.

The Katha Awards in the Philippines confirms the product superiority of unMEAT only a few weeks after being ranked #1 among meat alternatives at the opening day of the FHA food show in Singapore. Visitors in the FHA food show voted unMEAT as the people’s choice after tasting a range of various plant-based brands; FHA is one of Asia’s largest international food and beverage (F&B) trade shows which attracted about 47,000 visitors.

Launched in 2020, UnMeat is CNPF’s pioneering move to provide consumers with accessible, healthier, and better-for-the-planet food choices. The company goes by the philosophy that eating plant-based food should be easy for everyone, thus, UnMeat is designed to taste like meat and is likewise priced like meat.