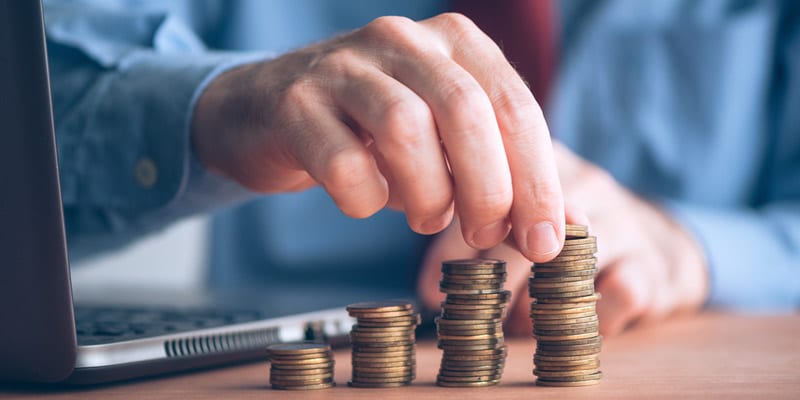 Funding Growth through the Capital Market by Chito Santiago

For Christopher Po, president and CEO of Century Pacific Food, the idea of going public was highly appealing. “Our company has been growing steadily during the past few years and we’re looking forward for more growth,” he says. “So we feel it was an opportune time to take the steps towards an initial public offering (IPO) since it would provide us with the benefits of raising money from the capital markets – not just debt, but also equity.”

Funding growth through the capital market

For Christopher Po, president and CEO of Century Pacific Food, the idea of going public was highly appealing. “Our company has been growing steadily during the past few years and we’re looking forward for more growth,” he says. “So we feel it was an opportune time to take the steps towards an initial public offering (IPO) since it would provide us with the benefits of raising money from the capital markets – not just debt, but also equity.”

Century Pacific is the largest branded producer of canned foods in the Philippines. The IPO exercise was put in motion in the third quarter of 2013 after getting the views of the Po family members, who are also the company shareholders. And helping them in the process was its exclusive financial adviser Evercore Asia, an independent investment banking advisory firm, which was recommended to Po by a previous client. Po knows Evercore Asia
chairman Stephen CuUnjieng for the past 10 years, though they meet mostly during social gatherings.

One of the most important aspects of the IPO exercise was to structure the listed company to include the optimal mix of entities. The frozen meat and the relatively new beverage businesses were not included in the listed company to maximize profitability. Other assets that did not add value, such as real estate, were also excluded.
“Ours is a 35-year old company and it was not really set up with the idea of going public in mind,” explains Po.

Evercore was instrumental in telling Po and his management team what assets to include and exclude in the IPO. “We thought that in order for us to put our best foot forward into the market, we should make Century Pacific a pure consumer play,” says Po. “At the same time, the market wants predictability and since some of our companies are new, we still do not have the feel of how they will perform. So it was decided to keep them out of the IPO process.”

In launching the offering, Century Pacific had a target price-earnings (P/E) ratio and market capitalization that it thought was fair for the company. But it also wanted its investors to profit post-listing. “We were pleased with the results as Evercore and the underwriters delivered a P/E above 20x and a market capitalization of over US$750 million,” notes Po.

Together with the IPO, Century Pacific likewise raised 3.4 billion pesos through an exchangeable note issued to Arran Investment Private, a private equity affiliate of Singapore’s sovereign wealth fund GIC. The GIC investment is considered a win-win deal as it is done on the parent level – Century Canning Corporation. As such, this transaction enables Century Canning to raise funds for the other non-Century Pacific businesses, while accommodating GIC’s large minimum investment requirement without crowding out the IPO.

GIC actually wanted a much bigger investment, but Po says they do not have the appetite to sell more. “We’ve settled for a happy compromise,” he adds.

Century Pacific was introduced to GIC about a year ago and the two parties have maintained contact since then. “We
did not think of bringing them on board when we were going through the IPO process because we thought Arran would have a high return hurdle rate,” says Po. “And also, since our company is just going for an IPO, it may not be part of their mandate.”

He continues: “GIC has been adding value as far as advising us on various business issues that have cropped up. We
meet them regularly and update them on our performance. Their points of view are helpful in formulating our plans going forward.”

Proceeds from the IPO will be used for capital expenditures, payment of debt obligations, working capital requirements and to fund potential acquisitions. “The idea of going public is to have the financial flexibility because previously, every time we undertook an expansion or make an acquisition, we mostly financed them through internal cash flow or through debt,” says Po. “With the IPO, we now have this ability to raise funds from the equity capital market as well.”