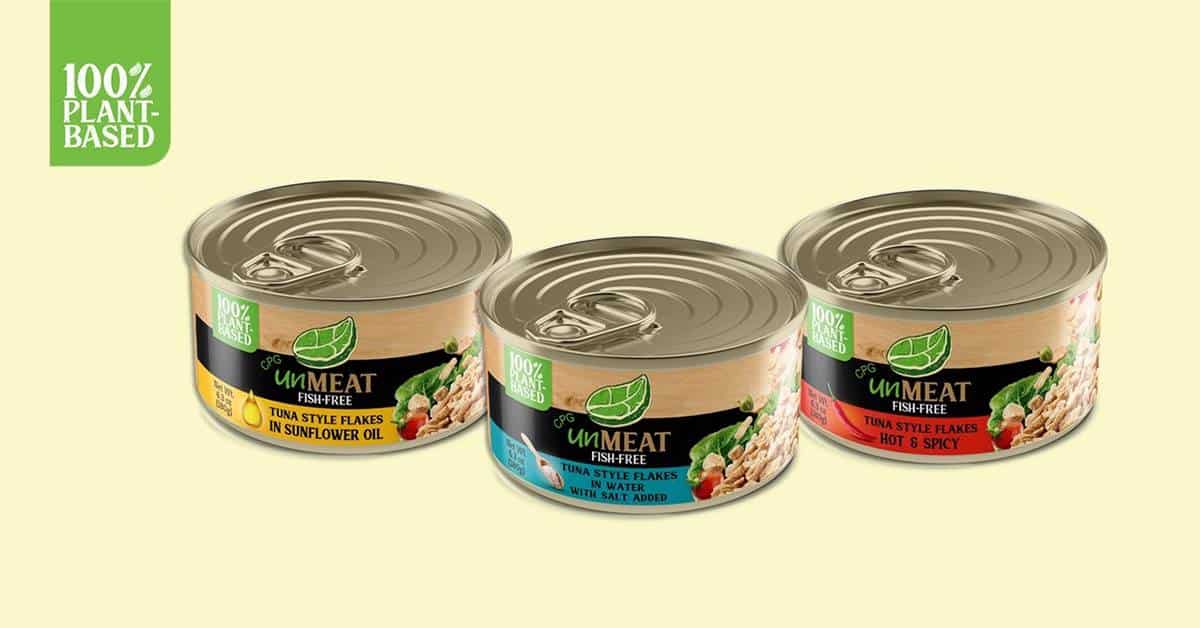 Century Pacific Food, Inc. (PSE:CNPF), one of the largest food and beverage companies in the Philippines, released its latest innovation in plant-based alternatives, unMEAT Fish-free Tuna.

In its efforts to double down on its plant-based meat alternatives business, CNPF has been expanding the ‘unMEAT’ portfolio at full tilt. In 2021, the company rolled out its shelf-stable unMEAT luncheon meat line and unCHEESE, a plant-based dairy alternative. Earlier this year, a localized breakfast range was introduced to the Philippine domestic market.

With the launch of new unMEAT Fish-free Tuna, CNPF leveraged its might in developing leading tuna products. The innovation boasts of a taste, texture, and appearance that is undeniably like tuna but is completely fish-free. It is made with 100% plant-based ingredients – non-GMO soy, natural oils, and flavors.

Within two months after its launch, unMEAT Fish-free Tuna has already gained distribution in over 500 retail outlets in the United States, Singapore, and United Arab Emirates, where it is carried in retail giant Carrefour. It is also available in specialty vegan e-commerce sites in the United States, GTFO and Vejii.

CNPF’s Chief Operating Officer, Greg Banzon, shared in a statement, “unMEAT Fish-free Tuna is a gamechanger. Much of the focus in the industry has been on meat alternatives. On the other hand, seafood alternatives remain a wide open space where we see pent up demand from consumers looking for healthier and more sustainable options at an accessible price.”

According to Banzon, the Company is very confident about the product’s performance and potential.

In a recent survey conducted in the United States by a third party market research firm, unMEAT Fish-free Tuna significantly wins over leading plant-based tuna brands in the country. Seven out of ten respondents claim that unMEAT Fish-free Tuna is significantly superior to other brands in terms of taste. They also find that it most closely resembles tuna in terms of appearance and texture.

“unMEAT has been actively participating in international expos and roadshows. This new product has been drumming up much excitement with retailers all over the world who have tried our samples. We’re currently working on increasing its retail footprint in key markets abroad.” said Banzon.

CNPF launched ‘unMEAT’ in 2020 in response to the expanding consumer preference for healthier, better-for-you, and better-for-the-planet food choices. The company goes by the philosophy that eating plant-based food should be easy, thus offerings are made and priced as close as possible to their real meat and seafood counterparts.

unMEAT began with an institutional roll out domestically through Shakey’s Pizza, which the CNPF immediately followed up with a retail launch across major supermarkets nationwide. The Company began the global rollout of unMEAT in 2021. At present, unMEAT is being distributed in the UAE, United States, China, Australia, and Singapore.