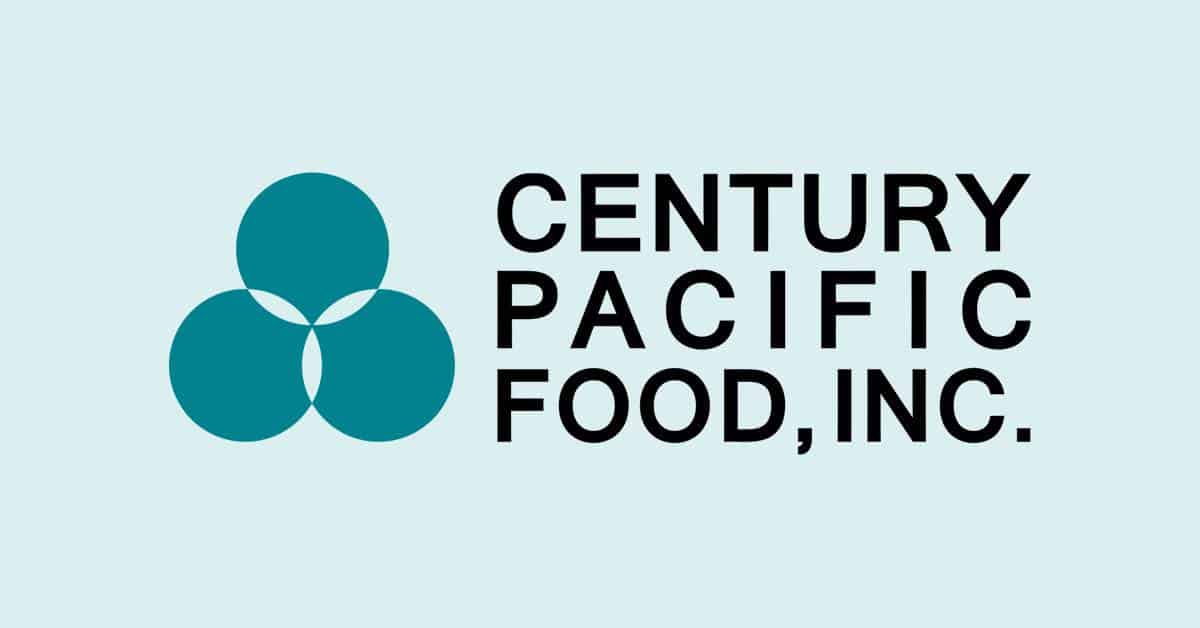 Century Pacific Food, Inc. (PSE:CNPF), one of the leading food and beverage companies in the Philippines, posted sustained topline growth of 15% for the first six months of 2022 versus the same period last year.

Consolidated revenues clocked in at Php 31.1 billion in 1H22. This was driven primarily by the robust performance of its Branded business, which saw a year-on-year 18% increase in the first half and a 19% growth in the second quarter.

CNPF’s Branded business, which comprises the majority of its topline, is composed of Marine, Meat, Milk, and other Emerging segments, catering primarily to the domestic Philippine market. In particular, in the first half of 2022, the Company saw a resurgence in the performance of its Milk business.

Pyrus dela Cruz, Vice President and General Manager of CNPF’s Milk division for the covered period, said, “The environment has been tough for the milk category, but we’re grateful that our efforts translated to a year-on-year revenue growth of 23% in the first half. BirchTree’s market share increased from 22% to 24% during this time.”

“We continued to innovate and expand the Milk portfolio. Last year, we launched a new brand, Choco Hero, our entry into the Choco Malt milk space. More new products are being developed as well. With Birch Tree’s growth momentum, Choco Hero, and the innovations in the pipeline, we believe the business is in a good position to play competitively and is set for sustained growth,” added Dela Cruz.

CNPF Executive Chairman Christopher Po said, “The Milk business continues to be a major pillar of growth for Century Pacific. We are pleased with how the Milk team navigated through this challenging time to deliver strong business results.”

On the other hand, CNPF’s Tuna and Coconut OEM Exports business rebounded as the first half drew to a close, growing by 6% year-on-year on the back of favorable commodity prices and forex rates and the easing of supply chain pressures.

In terms of profitability, despite increasing input prices, the Company’s gross margins held at 25.1%, expanding by 20 basis points in the first half. This can be attributed to a favorable mix impact, as the Branded business outpaced OEM Exports.

Operating expenses as a percentage of sales was at 14.0% in 1H22, increasing by 100 basis points due to higher logistics costs, continuous investment in our recently launched innovations, support for demand amidst rising input prices, and brand building activities such as the Century Tuna Superbods LoveStrong campaign.

As a result, Earnings before interest, taxes, depreciation, and amortization (EBITDA) was at Php 4.4 billion, up by 12% in 1H22 versus the same period last year. EBITDA margin landed at 14.2%. Overall, CNPF registered a Net Profit After Tax of Php 3.0B, growing by 9% versus 1H21, while net margins stood at 9.5%.

Alongside its strong business performance, the Company pursued strategic investments such as the acquisition of ‘Ligo’, a heritage brand known for its quality marine products. CNPF took over plant operations in Zamboanga in the second quarter of the year, generating over 700 quality manufacturing jobs in Mindanao.

Po said, “We are grateful for the continued upbeat business results, despite turbulent operating conditions. Entering the second half of the year, we are seeing some respite as cost pressures begin to ease for some inputs like tuna, packaging, and freight. We are still pursuing a mid-teens topline growth for the year. That said, we remain cautiously optimistic and will continue to closely monitor the situation on the ground. Hopefully, we can engineer a soft landing for CNPF and end the year with decent business results.”